The Ultra-Cadets are a group of humanoid females who defend their planet and people from evil.

The Ultra-Cadets came to Earth looking for Coop, but instead they mistook Jamie for Coop. They needed Coop's assistance in fighting the Kurdock, so Jamie went instead not knowing what he was getting himself into after lying that he is Coop and wanted to hang out with them.

Later, Coop and Kiva arrived on their planet looking for Jamie, revealing that Jamie was an impostor especially when he had to confess so the Ultra-Cadets would stop hurting his friends.

In the end, the Ultra-Cadets were attacked by the Kurdock, but it's unknown if they survived. However, apparently they did as Goat later goes to a movie with one of them.

The cadets can transport themselves across interstellar distances unassisted, which is how they initially arrived on Earth and encountered Jamie when they searched for Coop.

In addition, when necessary, each cadet can assume a massive armored combat form, which they use against Megas after Coop taunted them. Their combat forms are essentially giant robotic versions of themselves equipped with formidable fighting powers.

Like the Sailor Warriors in Sailor Moon, the uniform worn by the Ultra-Cadets resembles a popular style of Japanese school uniform, the sērā fuku or "sailor suit". Sailor Moon creator Naoko Takeuchi attributes the idea for this motif to her editor, Fumio Osano. Originally, each Sailor Warrior had her own fairly unique outfit, related to the others only in its basic form, but in later stages of character design Takeuchi settled on a more unified appearance. 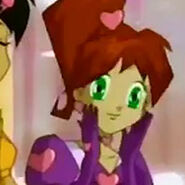 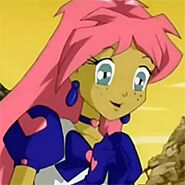 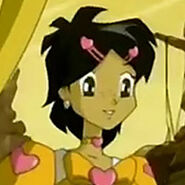 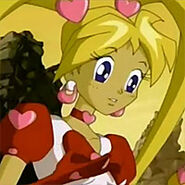 The Ultra-Cadets are introducing Megas