Evil Coop's Fortress is the location in which Evil Harold Cooplowski and Evil Kiva Andru reside along with his drones army. The fortress is location in the middle of the destroyed New Jersey City of Earth's alternate dimension.

The fortress is red and silver along with 4 flames flags flying on the outside of the fortress and 4 on the inside as background; in the back is a platform where Evil Coop and Evil Kiva stand on where they can oversee their army of white drone mechs.

The very middle front is a Dimensional Gate, where when command by Evil Coop, Evil Kiva can activate from inside her personal mech.

Lastly, there are four large groups of Evil Coop's army, which are white drone mechs that all have the number 13 printed on the left chest and each are holding a laser gun.

Just as Evil Coop tells Evil Kiva to activate the Dimensional Gate to Coop's dimension; Coop, Gorrath, and Alternate Jamie plan an surprise assault on Evil Coop's fortress (in which Coop found exciting that he has a fortress before backtracking his statement to an unimpressed Gorrath and Alternate Jamie) and Coop destroying part of the warp gate.

Evil Kiva attacks Coop, damaging Megas even more, only to be punched back by Gorrath; only for Evil Coop's drones to then attack the three en masse.

They were able to destroy a few of the drones, however they are heavily outnumbered and should fall back, except for Coop, who is determined to stop his evil counterpart. Unfortunately, Evil Coop stabs at Megas' core in its chest with his war mech's energy sword and destroys Megas, leaving it in pieces (although fortunately Coop survives).

After being defeated by Coop and the Glorft forces back in Coop's dimension, Evil Coop and Evil Kiva retreated back through the gate to their own dimension to regroup, only for Alternate Jamie (who stayed at the fortress) be on the other side of the gate and destroy it while both were still inside the portal, trapping them in-between dimensions. 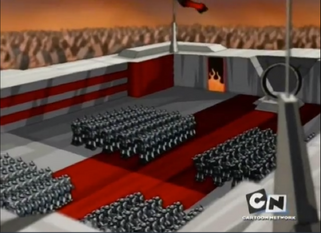 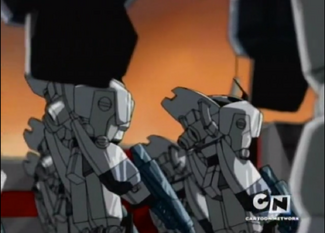 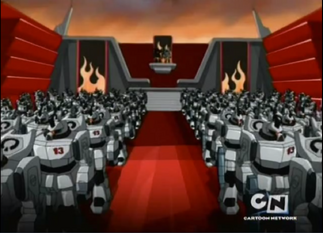 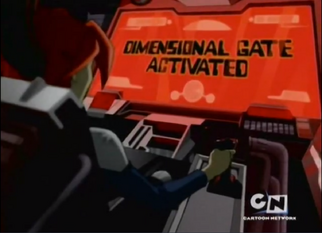 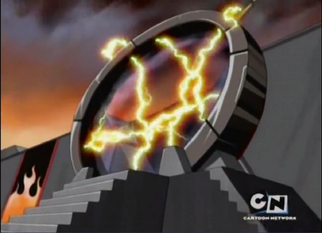 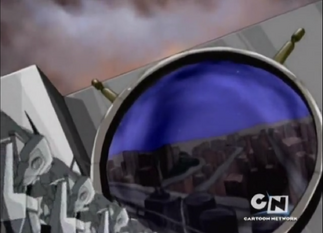